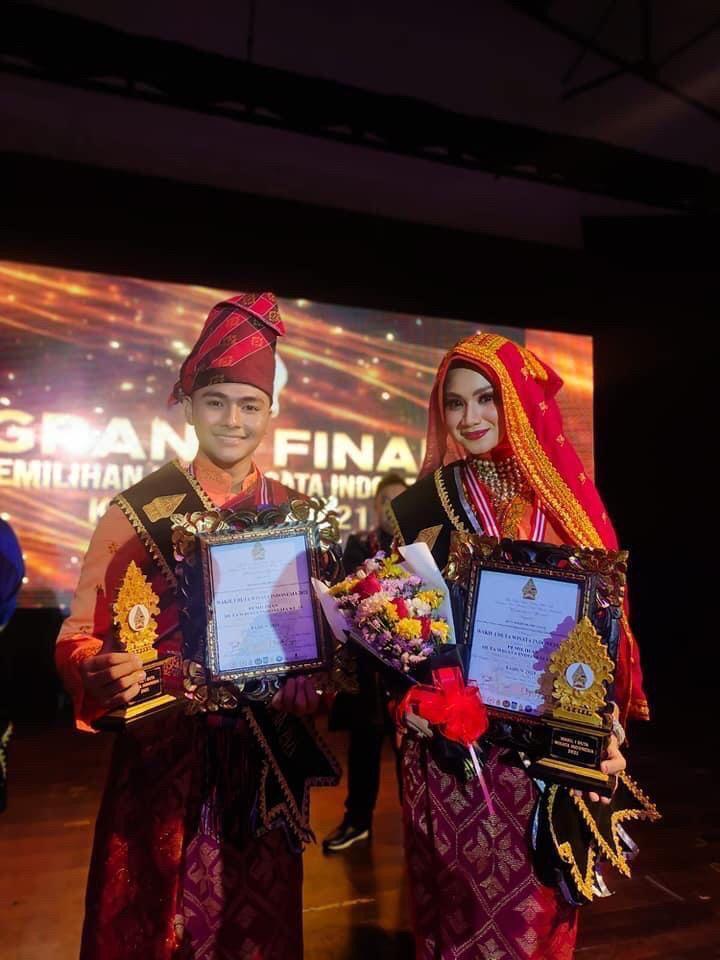 Tourism is a development sector that has a fairly broad impact on economic growth, both regional and state. Tourism itself has a multiple effect on job creation, the growth of the service sector and production, contributing directly to the progress of a country in general and the region in particular. In line with this, it is appropriate if this tourism sector, gets serious attention in its development in the future. Involving all elements of society as tourism promotion agents through their respective ways, not least the younger generation is a wise choice.

Previously, the finalists of Duta Wisata Indonesia have followed a series of quarantine and assessment processes in several stages ranging from writing tests, interviews, daily attitudes, to final Q&A in the final round. In addition to passing the assessment process, other activities were also carried out during quarantine in the form of visits to tourist attractions in Mataram City such as Mayura Park, NTB Museum, Islamic Center and NTB craft shopping center. The finalists also had the opportunity to visit Bon Jeruk and Bilebante Tourism Villages in Central Lombok Regency after visiting the Mandalika location. On the eve of the Grand Final, Akbar looked stunning with the traditional clothes worn. The finalists were also asked to represent every custom dress they wore.

Akbar expressed his pride and sorrow for his achievements this time, because he could proclaim the name of NTB on the national scene. “This Tourism Ambassador in my opinion is one of the events that at the time of debriefing, the material is very complex. But of course it plays an important role to open my insights related to tourism. Having the opportunity to be an NTN representative in this event is a very memorable thing for me.
It is a pride for me to be able to compete with talent and potential with other friends from all provinces throughout Indonesia. I am very grateful because thanks to the support and prayers of various parties I finally managed to achieve the position of Deputy 1 Indonesian Tourism Ambassador 2021.” Akbar said.

UTS Rector Chairul Hudaya, Ph.D. was also proud and congratulated Akbar. “Congratulations to Akbar who has made it this far, in bringing the name of the region. We know, the good purpose of the implementation of this prestigious indonesian tourism ambassador activity, is to preserve culture as well as the potential, talent, creativity, intelligence of the younger generation to become figures who can play a role in carrying out the promotion of artistic wealth, and culture in the area through tourism. In the future, hopefully Akbar and other young eagles will be able to contribute and achieve to advance the region and also the country.”  Chairul Hudaya Said.

His assessment is taken from attitude, tourism insight and of course how self-bearing as an ambassador is reflected in the figure (winner).

UTS Program Merdeka; Now you can study for one semester in a tropical paradise